Symmetries help us to understand our physical universe, reducing diverse phenomena to universal laws. Noether's theorem makes a connection between continuous symmetries and conserved currents, such as energy and momentum. In particle physics, the difference in particle masses is attributed to spontaneous symmetry breaking.

Although discrete symmetries such as P (spatial parity), T (time reversal), and C (charge conjugation) are outside the scope of Noether's theorem, they offer a unique perspective of quantum mechanics. While classical laws are invariant under these discrete transformations, their trajectories are always continuous. In contrast, quantum transitions occur between discrete states, enabling new concepts such as spin angular momentum.

Of the four fundamental forces, P,C, and CP-violation have been observed only in the weak interaction. We are running a series of experiments at the Spallation Neutron Source (SNS), ORNL to measure P-violation in the weak nucleon-nucleon interaction (HWI), which is sensitive to quark-quark correlations in the proton and neutron. We are also involved in a precision measurement of the electric dipole moment of the neutron, which violates both P and T symmetries. This observable is sensitive to new physics at the same energy scale as the Large Hadron Collider (LHC) at Cern. 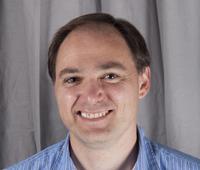