When preparing a meal, a standard cooking time can be shortened by increasing heat or pressure.  How do you begin to condense the “cook time” of a college semester?

Instead of heat and pressure, Lauersdorf and Scharloth used intensive student interaction and a condensed schedule to serve up a complete course.

The one-credit class, An Introduction to Text Mining and Textual Data Analysis for the Humanities and Social Sciences, met for 2.5 hours on five consecutive evenings in October. Lauersdorf noted that one of the successes of the course was that the students were from a variety of disciplines; there were students from Arts and Sciences, Business and Economics, Communication and Information, Engineering, and Public Health.

The interdisciplinarity of the group meant the students were able to “engage in a truly cross‐disciplinary discussion of the issues and gain insights into the ways text mining is used beyond their individual disciplinary boundaries,” commented Lauersdorf.

Scharloth, who taught the course, said students used text mining methods to closely investigate language.  As a result, they “produced very interesting and sometimes surprising revelations about society and culture and the way we interact with one another linguistically.”

For example, the class studied Hillary Clinton’s speeches from her 2012 presidential campaign along with speeches she made as Secretary of State. Investigating the “changes in the language of her speeches might give some indication of her intentions to run as a candidate in the next presidential election,” explained Scharloth. 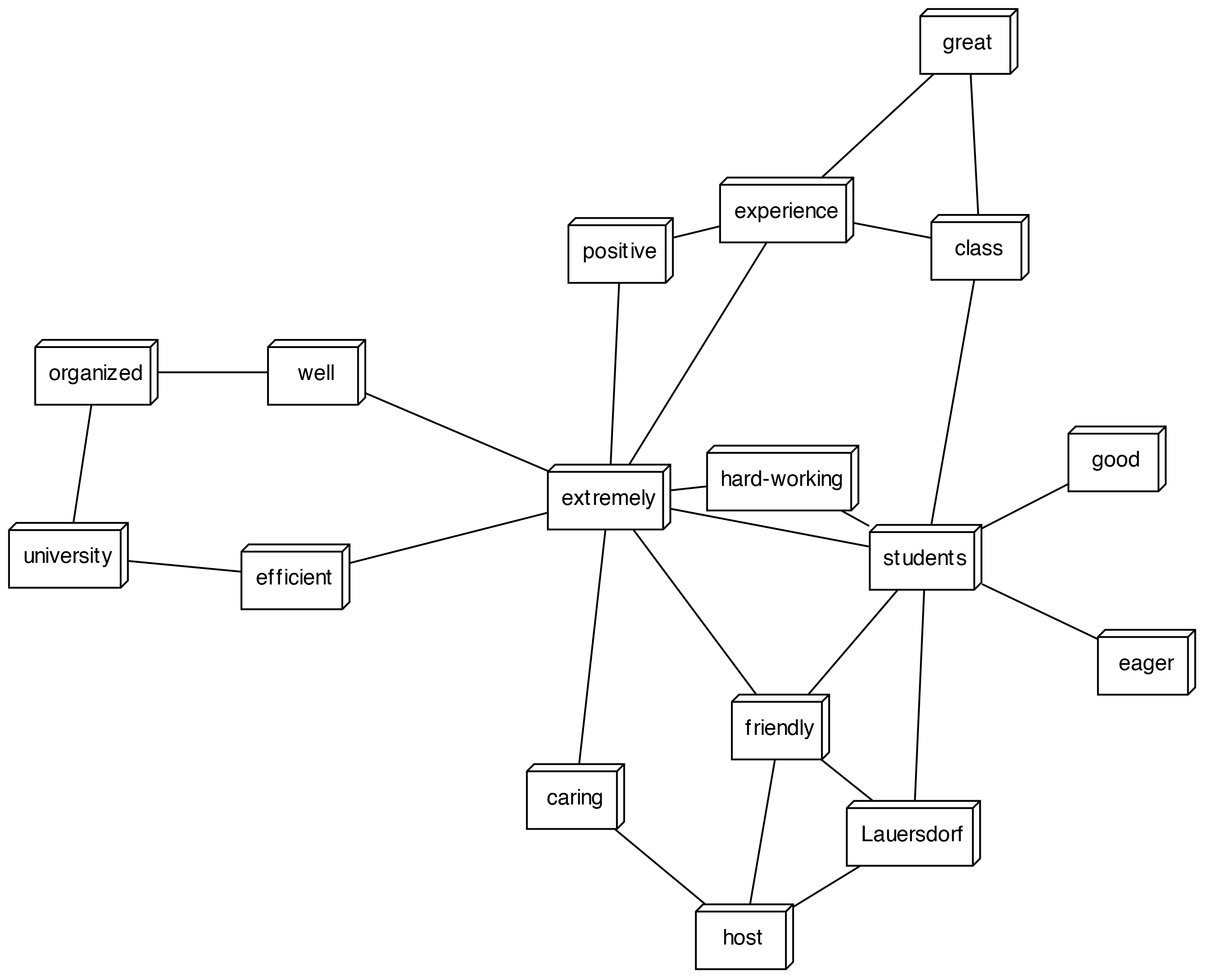 A professor at the Technical University of Dresden in Germany, Scharloth had the expertise and teaching methods to make the course a success. According to Lauersdorf, Scharloth’s “open personality and interactive style along with his deep command of the subject also kept the highly intensive course from becoming overwhelming.”

One of the interactive methods Scharloth implemented was what he called an “exploratory lab environment.” Using the new text mining tools they were learning, students collaborated in class on solving problems and making connections.

The compressed course format allowed the students to coalesce quickly as a group. For this reason, Lauersdorf and Scharloth agree, the course was more successful than it would have been in a traditional format. The consecutive and longer sessions also made the practical application of theoretical material more immediate.

In reflecting on his experience with UK, Scharloth said, “I was impressed at the amount of time that professors are able to spend in consultation with students concerning their studies and their projects. That is not typical at a German university where there are generally too many students for each professor to be able to spend extended amounts of time with each of them.”

Above: A network map of Scharloth's UK teaching experience

For Lauersdorf, compressed courses taught by non-US scholars give students first hand experience with international collaborative scholarship— a valuable component of a quality education in today’s global society. He looks forward to more of such classes at UK. Now that the recipe has been written, more new compressed courses can be cooked up.